We left Telluride behind us and drove through stunning mountains (with a stop at some amazing hot springs!) into another world: Taos, New Mexico. 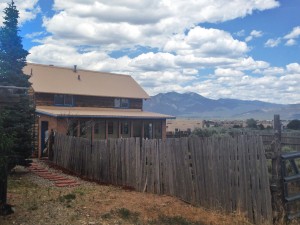 We stayed in Taos with gifted poet, ex-slam champion, inspirational teacher, and dear friend, James Nave, in this little wooden house in the desert. 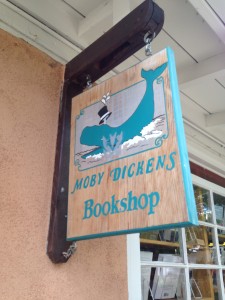 Founded in 1984 and guarded by these two characters, Moby Dickens is run 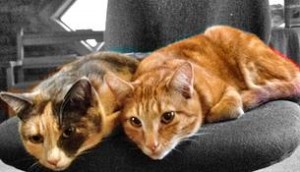 who entertained us with tales of the crazy history of Taos, as well as the slightly crazy history of Moby Dickens…The building that houses Moby Dickens, it seems, was once the home of “Long John” Dunn, so named because he looked like this!  Long John made his fortune in gambling (it was said that his hands were so big that he could easily hide cards during poker games), bridges, and hotels.

In particular, he bought the only bridge across the Rio Grande and made it a toll bridge. Then he built two hotels, one on either side of the bridge, and closed the bridge down at night, so travelers only option was to stay at one of his hotels and wait to cross until morning! Long John died in 1953, and that was the end of his story…at least until Jay Moore bought the Moby Dickens Bookshop in 2012 and began working late at night, alone, at the store.

When he first heard the footsteps, Jay told us, he assumed it must be another store employer, coming back for a forgotten item. But when he called out, he never got an answer. “I heard boots on the hardwood,” Jay told us, just pacing back and forth, back and forth. A local woman who heard of Jay’s midnight scare told him that it was Long John, of course. “Just tell him you’re there,” she advised. Now, when Jay hears the boots at night, he calls out “That you, Long John? I’m just up here working.” The footsteps, Jay swears, always stop after he says that, only to start up again the next time Jay, or anyone else, finds themselves working late at Moby Dickens…

Ghosts aside, Moby Dickens is a beautiful bookstore. Here’s the Children’s room, 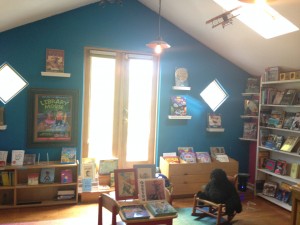 and the ‘reading room,’ where portraits of local Taos artists line the sloping roof. This is also the room where are events are held, which meant that I got to read underneath these portraits! 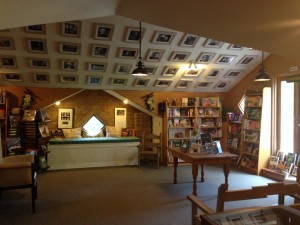 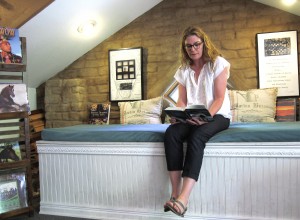 Here’s a link to a bit of that reading.

I asked Jay what’s selling these days. For adults, he told us, it’s hand-down Hampton Sides’ book “Blood and Thunder: An Epic of The American West.” And by ‘hands-down,’ Jay means he’s selling 50-150 copies of this book each month! Moby Dickens Bookshop has a lot of space dedicated to southwestern and Native American literature, of which this book is just one example. 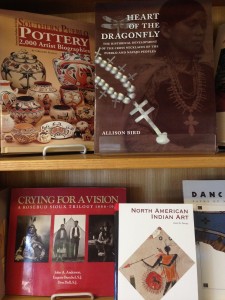 For kids, Jay had one word: STEAMPUNK. I was delighted when he singled out SS. Taylor’s The Expeditioners and the Treasure of Drowned Man’s Canyon, the first book in what I think is a great new series!

I asked Jay about running a bookstore in today’s climate of kindles and big-box stores. His response was immediate: “Relationships.” He elaborated by explaining that “If you think you’re just selling books, then your just waiting to close down the shop.” People know him, Jay explained. They know his family, they love his bookstore, and they want to support the existence of a charming, book-filled, and slightly haunted (although only at night) bookstore in their community.

Jay has also created an algorythem on-line that tracks online prices of the books that he sells, and then automatically adjusts his online prices so that they match the best price out there. Pretty nifty, but as I left with an armful of books, a Moby Dickens tee-shirt, and one last pet for the cats, I left knowing that the next time I’m in Taos, I’m going directly to Moby Dickens. It’s just that kind of place.

From Taos we headed back to Colorado, to a little bookstore with some really BIG ideas. Stay tuned… 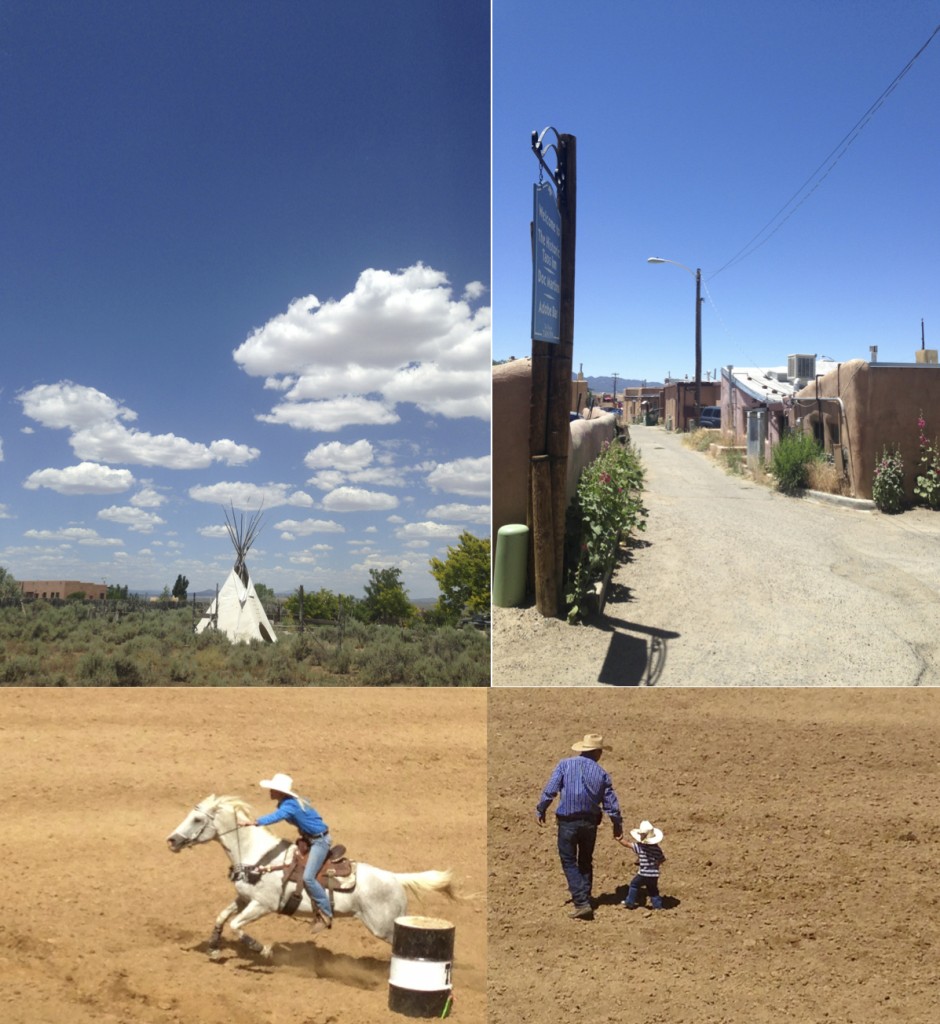 2 Responses to A Well-Haunted Bookstore!